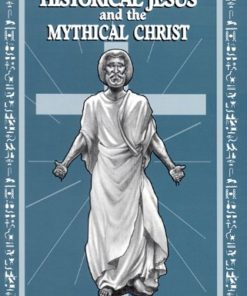 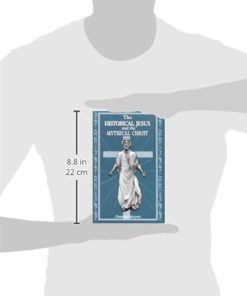 The Historical Jesus & the Mythical Christ

In presenting my readers with some of the data which show that much of the Christian History was preextant as Egyptian Mythology. I have to ask you to bear in mind that the facts, like other foundations,
have been buried out of sight for thousands of years in a hieroglyphical language, that was never really
read by Greek or Roman, and could not be read until the lost clue was discovered by Champollion,
almost the other day! In this way the original sources of our Mytholatry and Christology remained as
hidden as those of the Nile, until the century in which we live. The mystical matter enshrouded in this
language was sacredly entrusted to the keeping of the buried dead, who have faithfully preserved it as
their Book of Life, which was placed beneath their pillows, or clasped to their bosoms, in their coffins and
their tombs.

Secondly, although I am able to read the hieroglyphics, nothing offered to you is based on my translation.
I work too warily for that! The transcription and literal rendering of the hieroglyphic texts herein employed
are by scholars of indisputable authority. There is no loophole of escape that way. I lectured upon the
subject of Jesus many years ago. At that time I did not know how we had been misled, or that the
“Christian scheme” (as it is aptly called) in the New Testament is a fraud, founded on a fable in the Old!
I then accepted the Canonical Gospels as containing a veritable human history, and assumed, as others
do, that the history proved itself.

Finding that Jesus, or Jehoshua Ben-Pandira, was an historical
character, known to the Talmud, I made the common mistake of supposing that this proved the personal
existence of the Jesus found portrayed in the Canonical Gospels. But after you have heard my story, and
weighed the evidence now for the first time collected and presented to the public, you will not wonder that
I should have changed my views, or that I should be impelled to tell the truth to others, as it now appears
to myself; although I am only able to summarize here, in the briefest manner possible, a few of the facts
that I have dealt with exhaustively elsewhere. The personal existence of Jesus as Jehoshua Ben-Pandira
can be established beyond a doubt.

Didn’t See That Coming: Putting Life Back Together When Your World Falls Apart

The Autobiography of Malcolm X: As Told to Alex Haley

King Of The Streets 2

Walking with the Wind: A Memoir of the Movement