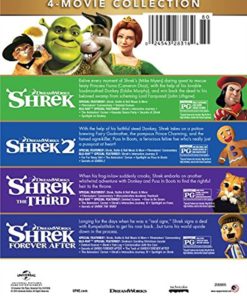 Shrek Relive every moment of Shrek’s (Mike Myers) daring quest to rescue feisty Princess Fiona (Cameron Diaz), with the help of his lovable loudmouthed Donkey (Eddie Murphy), and win back the deed to his beloved swamp from scheming Lord Farquaad (John Lithgow). Shrek 2 With the help of his faithful steed Donkey, Shrek takes on a potion-brewing Fairy Godmother, the pompous Prince Charming, and the famed ogre-killer, Puss In Boots, a ferocious feline foe who’s really just a pussycat at heart! Shrek the Third When his frog-in-law suddenly croaks, Shrek embarks on another whirlwind adventure with Donkey and Puss In Boots to find the rightful heir to the throne. Shrek Forever After Longing for the days when he was a “real ogre,” Shrek signs a deal with Rumpelstiltskin to get his roar back…but turns his world upside down in the process. 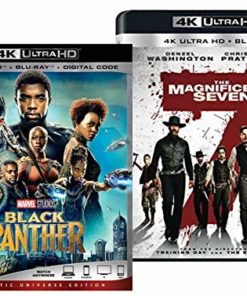