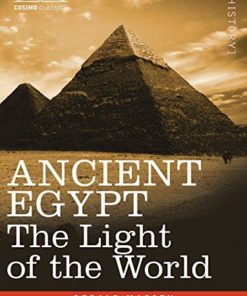 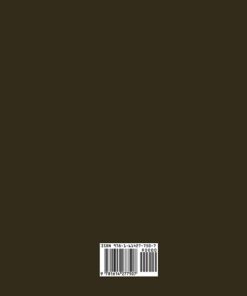 Ancient Egypt: The Light of the World [Two Volumes In One]

2014 Reprint of Original 1907 Edition [Two Volumes in One]. Exact facsimile of the original edition, not reproduced with Optical Recognition Software. Massey was one of the first Egyptologists in modern times to suggest that with the final eclipse of the old Land of Kam [a.k.a. ancient Egypt], a brilliant light had been extinguished in world civilization. There was a small compensation in the often meteoric rise of other cultures subsequently, but the luminance of these later cultures was, Massey suggests, a paler reflection of the Nile Valley sun that had set. In this, the most philosophical of his works on ancient Egypt, Massey leads a tour through thousands of years of sociological, cultural, and spiritual development, all the while pointing, with dazzling reason and persuasive prose, to a distant, common, Egyptian origin.

In the first volume Massey was primarily interested in elaborating how the first humans emerging in Africa created thought. What had been evident to him from the outset was that the myths, rituals and religion of ancient Egypt–or Old Kam–had preserved virtually intact a record of the psycho-mythic evolution of humanity. In the second volume Massey examines the celestial phenomenon known as the Precession of the Equinoxes. He believed that only by understanding this phenomenon was it possible to fathom Nile Valley history. The last half of the second volume is devoted to the Kamite sources of Christianity. Massey sought to demonstrate the manner in which New Testament Christianity evolved directly out of Osirian mysteries.

One of the more important aspects of Massey’s writings were his assertions that there were parallels between Jesus and the Egyptian god Horus. Massey, for example, argued that: both Horus and Jesus were born of virgins on 25 December, raised men from the dead (Massey speculates that the biblical Lazarus, raised from the dead by Jesus, has a parallel in El-Asar-Us, a title of Osiris), died by crucifixion and were resurrected three days later. These assertions have influenced various later writers such as Alvin Boyd Kuhn, Tom Harpur, Yosef Ben-Jochannan, and D.M. Murdock.

Top reviews from the United States

Amazon Customer
5.0 out of 5 stars The Origin of the Bible Revealed

Verified Purchase
I have had the book as a download for many years now and have bookmarked hundreds of the main points. It is absolutely essential for anyone studying the true origin of the Abrahamic Religions and the Egyptian Son of God Iosa, later called Iesous by the Greeks and then Jesus. It can be difficult at times to follow so much detail given by Massey but one can only understand some of the more ‘mysterious’ Bible Passages with a thorough knowledge of the Ancient Egyptian beliefs. I would go further and say that one can only understand the Bible if one can read Ancient Egyptian temple and tomb texts and know just how that language worked. There are mistranslations in the Bible from Ancient Egyptian which only become clear when the real meaning is known and how the mistranslation would have occurred.
17 people found this helpful
Violet Bunny

Reviewed in the United States on December 22, 2019

Verified Purchase
I got about halfway thru the first chapter & gave up. This author’s use of stilted, archaic language makes it impossible to hold my interest in this book. He’s supposed to be talking about ancient Egypt, but then he goes off in several different directions at once, which makes it impossible to follow him. Oh well, too late to send it back.
Tonya
5.0 out of 5 stars New Book

Verified Purchase
So far, I love this book. It translates the information and makes it easier to understand. The pictures and symbols are great to enhance learning. I have a lot of studying to do. I will purchase more books.
369
5.0 out of 5 stars A1

Reviewed in the United States on December 28, 2019

Verified Purchase
very slow read. wealthy information.
3 people found this helpful
Dillon C Sawyer
5.0 out of 5 stars A MUST HAVE!

Reviewed in the United States on November 4, 2016

Verified Purchase
If you’re looking to find the roots of religion this book is the first and last stop. Mysteries of the world explained.
6 people found this helpful
Michael Bell
5.0 out of 5 stars If you don’t own a copy… Get one NOW!!!

Verified Purchase
Classic and mandatory reading for those in the Know

Be the first to review “Ancient Egypt: The Light of the World [Two Volumes In One]” Cancel reply

Where the Crawdads Sing

Walking with the Wind: A Memoir of the Movement

The Amazing Colossal Apostle: The Search for the Historical Paul

White Fragility: Why It’s So Hard for White People to Talk About Racism

Black: A Celebration of a Culture